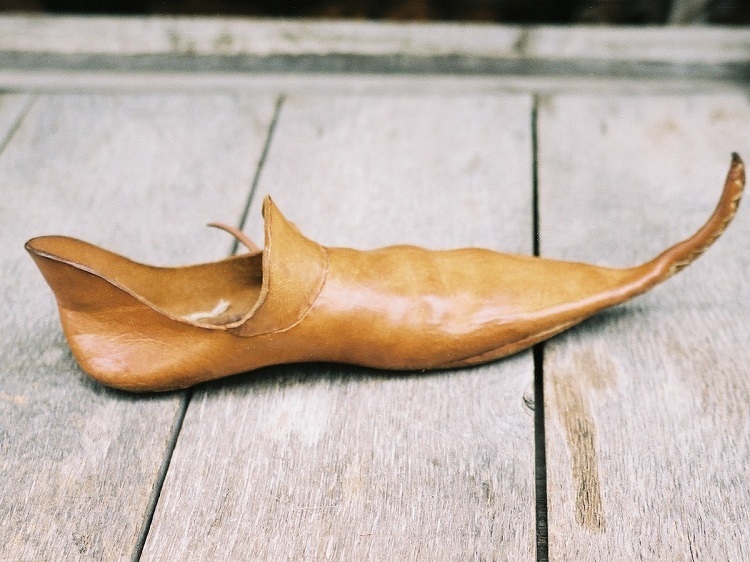 Medieval England wasn’t the most pleasant place to live. Between the collapse Roman Empire, feudal warfare, and a series of famines and plagues, your average person on the street just couldn’t catch a break. Where foot health was concerned, it appears that medieval England’s biggest problem was pointy shoes.

That’s right, pointy shoes where the bane of many an Englishman’s existence. Actually, they were more common among the wealthy of the day. The good folks at Live Science say that pointy shoes reached their fashion high point during the 13th and 14th centuries. They also say that archaeological studies involving human bones from that time period show just how harmful pointy shoes were.

Bad for the Big Toe

If you had to take a guess as to why pointy shoes are bad for the feet, what would you say? Experts claim that the big issue relate to the big toe. Apparently, pointed toe boxes are the main culprit behind bunions, a painful condition in which the upper part of the big toe points inward.

A person with bunions suffers from a permanent big toe problem. The toe constantly being forced inward causes joint deformation and subsequent pain and swelling. Bunions are linked to bursitis, arthritis, and other painful conditions.

Bunions are most problematic for the big toe. Still, it is hard to imagine the condition is any better for the other toes. Truth be told, bunions are just painful and uncomfortable. They can affect your balance and stride. They can make walking unbearable. And forget about wearing snug overshoes in bad weather. They only exacerbate the pain.

Knowing what we now know about bunions and pointed shoes, it would be interesting to know if people in medieval England had the same knowledge. If not, continuing to wear pointy shoes for two hundred years is understandable. But if they did know, were they choosing fashion over foot health?

They could be forgiven for doing so, especially when you see some of the crazy things people do today just to be fashionable. Let’s face it, stiletto heels aren’t all that good for you either. Neither are jeans that fit so tightly they cut off your circulation. And yet, here we are.

Getting back to the good folks at Live Science, cited archaeological evidence relating to medieval English footwear suggests that by the end of the 14th century, nearly every type of shoe featured toes that were pointed to one degree or another. Even children’s shoes were pointed.

Likewise, the evidence suggests that there was a notable increase in bunions during that time. The experts connected the dots and reached an obvious conclusion: pointy shoes cause bunions. Bingo!

Their research suggests that as many as 27% of the total medieval English population suffered from bunions. Looking only at the wealthy, that number climbs to about 45%. There was a noticeable up-tick among the clergy as well, attributed to the fact that they were more likely to dress in the clothing of the wealthy during that time.

Give Me a Wide Toe Box

As for this writer, give me a wide toe box anytime. I have never liked pointy shoes; not even when I was younger. They are uncomfortable. They don’t work well with my GC Tech overshoes. From a fashion standpoint, they just look ridiculous. At least that’s my opinion.

So now we know that medieval England’s biggest foot health problem was the pointy shoe fad. Maybe that’s why so many medieval political leaders were so cranky. Their feet were always sore.

My name is Tyrone Cowan. I love to write about fashion. To meet the fashion needs of our readers, I provide the latest fashion information and constantly update scientific knowledge.

The Best Shoes To Wear In The Snow

Get the best jewelry for your loved one without getting injured

Cozy up in the winter with Sherpa Jackets – 5 Best Picks

How to Choose Cool T-Shirts Which Truly Make a Statement

Tyrone Cowan Dec 25, 2022 0
To say that fashion has played something of a prominent role in the human experience seems to be an understatement.…
Fashion Tips & News

The Best Shoes To Wear In The Snow

4 Things Men Can Do To Really Feel Like Men

An introductory guide to the use of raw CBD flowers.